Many people get confused when it comes to distinguishing between figure skating and ice skating. As both of these activities are done on the ice rink, the confusion is quite usual. So for those who don’t know how exactly different they are, don’t worry, I will mention that first.  The people who like gliding, jumping, stroking on the ice use figure skates. Whereas hockey skating is a hockey game played on the ice rink. People who play hockey on the ice rink need to wear a particular type of skates known as hockey skates.

As the skates are meant for different purposes, there are also differences in their key features. To know how they differ from each other, read the article on hockey skates vs figure saktes below: 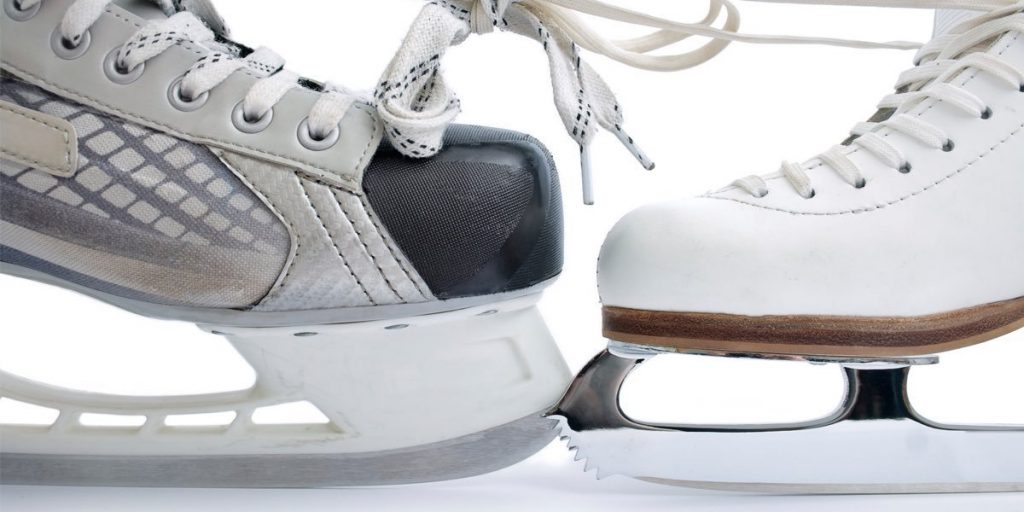 Hockey skates have narrow and deep blades, as this design is helpful in quick movements. There are no toe-pics generally in these type of skates. The blades are rounded slightly at front and back. Unlike the figure skates, these skates are lighter in weight and are smaller in size. Another key feature of the hockey skates is that it has more rounded blades than having edges.

The last factor that distinguishes both the blades is that the hockey skates are irreplaceable. These blades are soldered and mounted on the boots. 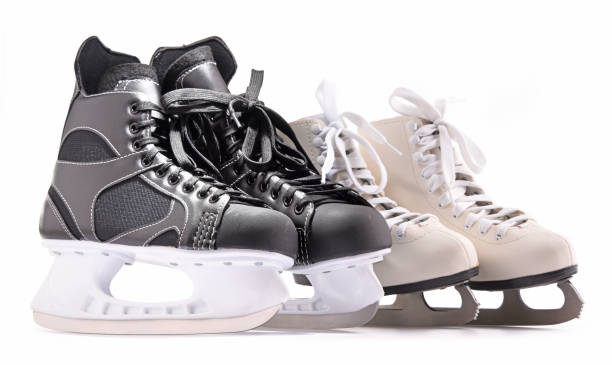 The boots of the figure skates are made up of leather. These boots are quite heavy and do not have padding on the sole. The sole is often made up of wood, and the boots also have a little heel. These boots are not best when it comes to comfort. This feature helps in getting the precise movement easily on the ice. Sometimes there are layers of leather in designing these type of boots which make them more expensive than hockey skates.

On the other hand, hockey skates are made of leather and plastic. The boots are lightweight that helps that player for quick movements. The soles of the shoes are heavily padded to deal with hockey sticks and other players skates. These boots have a unique to provide comfort to the players while playing the game. It also provides support to the player.

These are the features that distinguish both types of boots. Figure skates are designed to enable the player to have smooth and precise movements while jumping and gliding on ice. The hockey skates are crafted in a way that the player can play the ice hockey with utmost comfort.

About Thomas Cox 21 Articles
I love playing sports. Do you? If yes, then check my website on best sports stuff where you can find the different techniques and products to become a pro in the sports like Golf, Tennis, Badminton, Athletics, etc. get more information here on my website.

I love playing sports. Do you? If yes, then check my website on best sports stuff where you can find the different techniques and products to become a pro in the sports like Golf, Tennis, Badminton, Athletics, etc. To get more information visit our website.

Get The Best Sports Stuffs